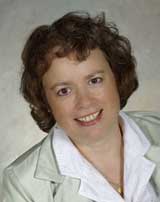 Anne Dietrich is co-founder and President of The Truth in Labeling Coalition, a 501(c)(4) non-profit political advocacy organization formed in March 2008 to advance her work as executive director of The Campaign to Label Genetically Engineered Food, which resulted in all the major democratic candidates for President going on written record in support of federal GE labeling legislation. Her advocacy has led her to Capitol Hill to communicate personally with more than 100 Members of Congress.

Anne’s sole agenda is to end the genetic engineering of the world’s food. For more than nine years, Anne has worked full-time to find common ground among doctors, farmers, industry leaders, scientists, public interest groups and government officials; in order to enact a federal law requiring producers to provide clear, on-package labeling of food made with genetically engineered ingredients.

Before tackling the job of lobbying Congress for common-sense, precautionary measures in the face of scientific uncertainty, she volunteered for Mothers for Natural Law to petition the National Organic Standards Board to disallow genetically engineered ingredients in organic food. Employed by Genetic ID in 2005, Anne encouraged retailers to adopt the Non-GMO Project standard for producing food without genetically engineered ingredients, and from 2006-2007, she was responsible for subscriptions and advertising at the Organic and Non-GMO Report.

Anne believes that the degradation of our food supply, loss of cultural integrity, ecological and climate imbalance will ultimately be resolved by re-establishing agriculture in harmony with natural law. Anne was a farm wife in southeast Iowa, a professional chef for thirty years [“Pure Food for Pure Consciousness”], and is the mother of six children and seventeen grandchildren. 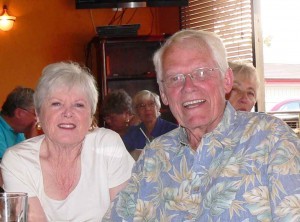 Derek Casady, a former editor of the Daily Californian newspaper and his wife, Nancy, Executive Director of Ocean Beach People’s Organic Food Co-op in San Diego, California, are both former California State Congressional candidates.  Direct descendant of Daniel Boone, and a member of the American Revolution, Derek was associate editor of Psychology Today magazine, served ten years as assistant to the President Pro Tempore of the California Senate, and has been in the organic food business for more than 20 years.  A former shipboard Naval engineering officer and Stanford graduate, Derek took on the fight to label genetically engineered food after Nancy, announced on their 4oth anniversary that she wanted two things: labeling of genetically engineered food and a shutdown of San Onofre Nuclear power plant, 50 miles north of the Casady home in La Jolla.

Nancy lobbied for ten years for women’s health issues in the California legislature, served as vice president of the National Cooperative Grocer’s Association, and is currently serving her second term on the California state Food and Agriculture Board, overseeing California’s $40 billion agriculture business. 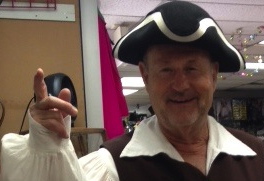 In 2008, Former Congressman Bates authored a Citizens Petition to the U.S. Food and Drug Administration, and succeeded in getting the issue of genetically engineered food issue on the Congressional radar. He is an icon in the American political landscape; elected to the San Diego City Council in his 20’s, the Board of Supervisors in his 30’s. and Congress in his 40’s; and served four terms in the U.S. Congress representing California’s 44th District. Jim is a self-made political strategist of unusual ability; tenacious, with a keen sense of how to get things done.  He was sole author of the historic 1990 Stratosphere Ozone Protection Act, the crucial legislation that closed the hole in the ozone layer. Most importantly, he is a willing and passionate champion of the right of American families to an informed choice about the food they eat.  Read More