Things you had better know . .

The characteristics we use to determine what is life and what is not.

GMO salmon was invented by combining two strands of DNA, constructed artificially from the DNA of the Chinook salmon and the other from the eel-like species called an ocean pout.  This procedure is fundamentally different from traditional methods of selective breeding or hybridization that are performed within the natural reproductive context.  The methodology is highly imprecise, producing outcomes that could never occur in nature. 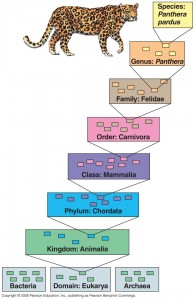 GMO corn is produced by taking DNA from bacillus thuringiensis, a bacteria belonging to the “Bacteria”  domain, and engineering it into corn, which belongs to the  “Eukarya” domain.

By breaking down the protective barriers that exist to prevent the transfer of genes between species, genetic engineers are radically restructuring the DNA of entire species.

Unintended and unexpected effects are created within the ecosystem when genetically engineered organisms are patented and introduced into the environment. This is well-documented in the scientific literature: http://natureinstitute.org/nontarget/browse_titles.htm

Consuming genetically engineered food can cause unpredictable and potentially adverse effects on human health. While GMO food is presumed safe for consumption, it has not been tested for human safety.

Robert Karp, co-director of the Biodynamic Farming and Gardening Association, puts it this way:  “For agriculture to be renewed in our time, we need to transcend the tendency to view nature as a kind of machine that we can take apart and tinker with to satisfy human desires.  In order to overcome this habit, however, we must come to recognize and discern how spirit is working in all things – minerals, soils, plants, animals, people, regions, climates.”