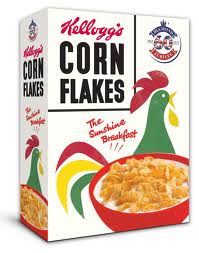 Senator Lisa Murkowski of Alaska, a member of the Senate Appropriations Committee, helped secure language in the federal spending bill to direct the FDA to finalize a labeling protocol before genetically engineered salmon could enter the U.S. market.

“I firmly believe that mandatory labeling guidelines must be put in place as soon as possible so consumers know that it is they are purchasing.  It seems that the FDA has begun to listen.” – Senator Lisa Murkowski.

Senate Bill #2621, the Biotechnology Food Labeling and Uniformity Act (referred to as ‘version 2.0’ of the Genetically Engineered Food Right-to-Know Act) is considered industry-friendly; because it allows food companies the flexibility to decide how to identify genetically engineered food.  They may choose whether to state on the ingredient panel: ‘genetically engineered corn’ (soy, canola, or sugar); or include a generic statement: ‘Made with Bio-Engineering;’ or display a symbol (developed by the FDA) indicating that the product contains genetically engineered ingredients.

The U.S. Food, Drug, and Cosmetic Act – which became law before the invention of genetic engineering -protects consumers, by requiring labeling of all ingredients and food additives.  Legislation introduced by Senator Jeff Merkley of Oregon March 2, 2016, amends the FD&C Act to specify containing genetically engineered ingredients:

“The Food, Drug, & Cosmetic Act (FD&C) prohibits the misbranding of food articles, which includes if a label is “misleading.” The FD&C defines misleading to include a failure to “reveal facts material” about a food product.  The FDA interpreted these provisions in a 1992 statement of policy such that the fact of whether a food product is genetically engineered is not necessarily a material fact that must be provided to consumers.  Since 1992, the number and type of genetically engineered foods has vastly changed, including the first genetically engineered animal, AquaAdvantage Salmon.  It is also clear that consumer interest in whether their food is genetically engineered has increased dramatically . . . thus the the outdated policy position the FDA took over 21 years ago on labeling should be revised.”