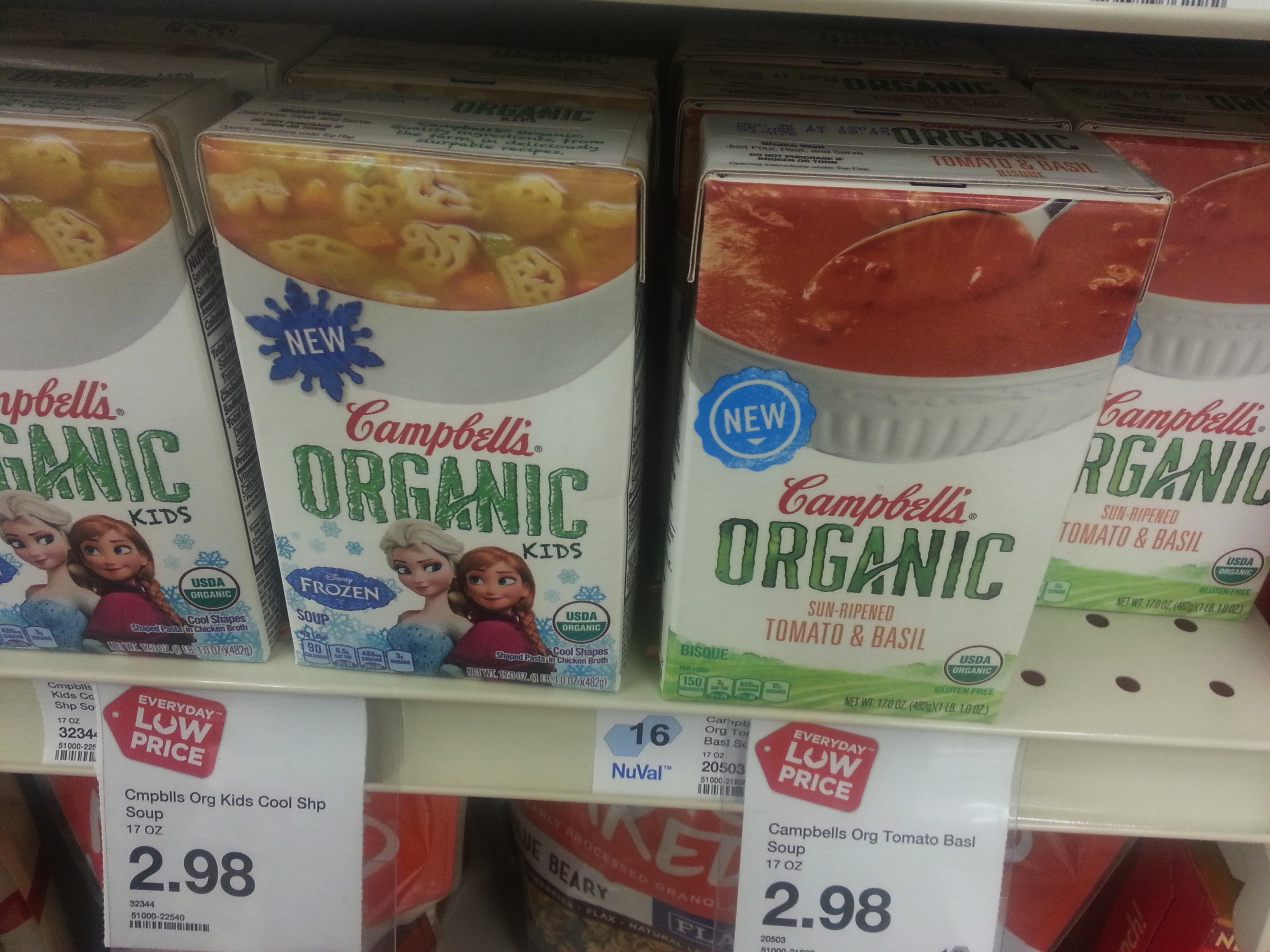 S.2621 – A bill to amend the Federal Food, Drug, and Cosmetic Act with respect to genetically engineered food transparency and uniformity.

As of 03/04/2016 text has not been received for S.2621 – A bill to amend the Federal Food, Drug, and Cosmetic Act with respect to genetically engineered food transparency and uniformity.

A summary is available here.

Mr. MERKLEY: Mr. President, the genius of America was a government designed, as President Lincoln so eloquent summarized, ‘‘Of the people, by the people, for the people.’’ I will be rising periodically to address issues that affect Americans across our country and that this Chamber should be addressing.

This week I am using my speech to highlight the labeling of genetically modified foods. This is truly a ‘‘We the people’’ versus ‘‘We the Titans’’ battle because citizens routinely poll in very high numbers about their desire to know what is in their food, and they like the idea of being alerted when their food contains genetically modified organisms or GMOs, but that is not necessarily the consequence, as when we go through the legislative process, often the ‘‘We the people’s’’ commonsense vision is lost in favor of pressures applied by powerful interest groups.

We are in the middle of a debate like that right now. So that is why I thought it appropriate to rise at this moment to address this. This is a debate about whether you believe that in a democracy, citizens have a right to know or whether that right to know is going to be taken away from them. I guess it goes to whether you feel that citizens have the minds they are put on this Earth with to make decisions of their own versus being told what decisions to make by a Federal Government.

Just yesterday in the Senate, the Senate Agricultural Committee voted out a law to block the rights of citizens to know whether GMOs are in their food. That is an outrageous—outrageous—bill. It would halt any progress in ensuring that consumers can simply and easily access information about GMO ingredients through labeling. This bill that was passed out of committee also included a proposal that the Secretary of Agriculture do an education campaign touting the economic, nutritional, humanitarian, and scientific benefits of GMOs, but the bill didn’t say—and educate consumers about the substantial concerns the scientific community has, about the impact on the evolution of weeds, about the impact on the evolution of bugs, about potential residues that are on the crops, about the runoff that is in our waterways affecting how healthy our waterways are and the organisms that live in our streams and in our rivers. So this is a very unbalanced presentation to the American public. It is the type of thing that government shouldn’t be involved in—basically, running a promotional campaign on taxpayers’ dollars to not create a balanced understanding of an issue but instead an unbalanced understanding of an issue.

The truth is, all Americans have the right to know what is in their food. They are buying food to feed their children. They have the right to know the ingredients so they can make responsible decisions. Providing information regarding genetically modified ingredients is a commonsense way to empower consumers to make their own personal decisions on issues they care about on the food they purchase. It is a pretty emotional issue when you start talking about the food you are putting in your own mouth or the food you are feeding your children.

Campbell’s Soup has begun taking steps to voluntarily disclose on all of their soups whether the products contain genetically modified ingredients. Why are they doing this? They say they have a relationship of integrity with their customers. They want their customers to know full information about their products and let the customer decide what the customer wants, and they will provide information about the type of genetic modifications and what they mean so the customer will have enough information to make a decision.

. . . Our Federal Government already requires the labeling of ingredients and basic nutritional information in order to protect the public and guard against false product marketing. These food labels tell consumers many things. They are supposed to tell how many calories. They tell how much there is of a variety of vitamins. They list the ingredients and do so in order of how prominent they are in the product. Our labeling laws even say that when fish are sold in large supermarkets, they have to state whether a fish is farm raised or wild caught. Why do we require supermarkets to label the fish as farm raised or wild caught? Because our consumers care about that. There are implications of whether a product was grown in an artificial lake or whether it was caught in the wild.

Consumers want to know and use their own minds to make these decisions. That is something about being in a free society— you get to make your own decisions based on disclosure. We make the information available. This type of labeling about genetic modifications or genetically modified organisms in the ingredients is routine around the world. Sixty-five other countries, including twenty-eight members of the European Union, plus Japan, plus Australia, plus China, plus Brazil, already require mandatory GM labeling. Has it come to the point that we in America are denying information that is routinely required in China for consumers? Is that the point we are coming to on this bill, this DARK Act, Denying Americans the Right to Know Act? This is not the direction we should be going.

That is why today I am introducing a compromise bill, a bill trying to bring this conversation to a commonsense compromise. It is called the Biotechnology Food Labeling and Uniformity Act. I am introducing this bill today with Senator TESTER and Senator LEAHY. It would give the FDA the authority to develop a uniform Federal standard for on-package disclosure of genetically modified ingredients. I have met with industry groups. I have met with the pro-label groups. I tried to find that area of compromise between the two.

What I found is a great deal of flexibility on the labeling groups. Those groups said there doesn’t have to be information on the front of the package. It is OK if it is on the ingredients list on the back of the can or the back of the package. It doesn’t have to be in supersized print. It is OK if it is in the same small print that the ingredients are printed in. In fact, they are open to many different versions of how a company discloses this information, as long as a person can go to the store, pick up the package, turn it over, and quickly find out if there is a GMO impact.

These are some of the ideas—and there are a variety—that are acceptable to the labeling side of the world. One is on the ingredients area. After the ingredient, it could either say it is genetically modified or put in a code like GM—it doesn’t take up much space, it is on the list of ingredients— or if there are several ingredients and you would rather use an asterisk, you would rather put an asterisk and put what the asterisk means: ‘‘This ingredient has been genetically modified,’’ or ‘‘May contain genetically modified ingredients.’’ So a simple phrase at the bottom or a symbol. Brazil uses a symbol. They use a T. This is an example of using a symbol T for transgenic—not all of them at once, just each of them would be fine.

It will take effort for consumers to look and see it. It is not upfront. They have to pick up the product. They have to look. It can be typed in small print, but it gives a person who cares the ability to get to the bottom of the question. Then, if they want, they can look up at the Web site the product, through a quick response code, and get more details. That range of flexibility is where the compromise can be honoring a citizen’s right to know, while not taking up a lot of space on a package or not doing anything on the front of the package that says that this product is healthy or unhealthy or otherwise. It means the share of Americans who want this information—just as there is a share of Americans who want to know if there is high-fructose corn syrup, there is a share of Americans who want to know if fish is farmed or wild fish—can in fact find this out.

This also addresses the big issue manufacturers have been raising. They don’t want a patchwork across the country of 50 different States having different labeling laws. Our supply inventory doesn’t work that way. We don’t have a warehouse that only serves one State. Quite frankly, it gets very complicated and even more so on the East Coast, where the States are all packed together, than it does back home in Oregon. That is a legitimate concern. So there are big concerns. About 50 different versions of the law or maybe counties even having different laws is addressed. I am going to simply conclude with this understanding: Citizens have a right to know in a free society what is in their food. Let’s honor that.

Should the DARK Act—the Deny Americans the Right to Know Act that passed out of the Agriculture Committee—come to this floor, many of us will stand up to fight it in every possible way. It shortchanges American citizens, denies them critical information, and takes the right of a fundamental privilege in our society. It strips our States. It is a Federal overreach, and it is an assault on consumer information and consumer rights. It is just wrong, and we will oppose it vigorously.

One thought on “NEW LABELING LAW IN SENATE! Senate Bill #2621”