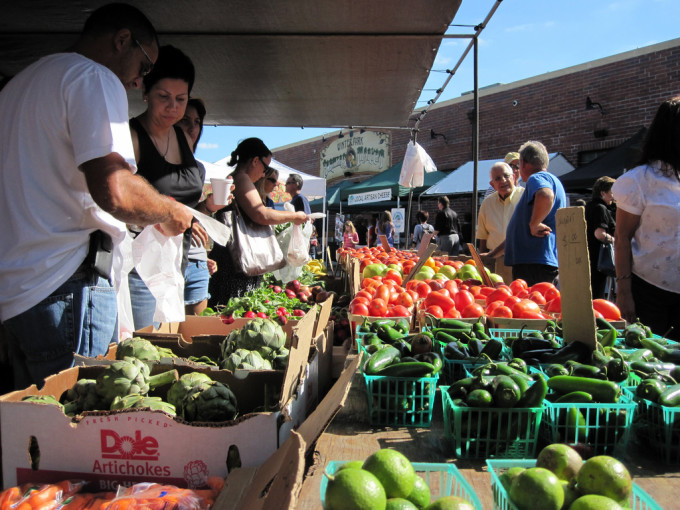 Genetic engineering of our food supply is a national (cosmic, if you will) problem.  It requires a federal solution.  The Food, Drug, & Cosmetic Act (FD&C) prohibits the misbranding of food articles, which includes if a label is “misleading.” However, no food manufacturer has voluntarily labeled products with gmo ingredients since they hit the market in 1992.

The “Safe and Accurate Food Labeling Act [HR # 1599] is a foolhardy measure which would actually prevent consumers from knowing that their food has been genetically engineered.

U.S. consumer concerns about genetically engineered foods are steadily increasing.  From 2012-2014, the number of new new non-gmo product introductions in the U.S. increased by 262%.  Mandatory GMO food labeling provides mothers and others with the information they need to make informed choices about the food they buy and feed their families. GMO labeling is already required in 64 other countries. Furthermore, U.S. food manufacturers (Kelloggs, Kraft, General Mills, Jelly Belly, etc.) already formulate their products with non-gmo ingredients for these markets.

You can’t complain that corporations show up on Capitol Hill and have an impact, and then not communicate with your representatives. The freedom you take for granted in this country comes with the responsibility to communicate with your elected representatives.  This requires speaking with both your U.S. Senators, your representative in the U.S. House, and members of the Senate Committees on Agriculture and Health, Education, Labor and Penisons (H.E.L.P.), which oversees the F.D.A. Make a few calls today and your voice will be heard where it needs to be heard NOW:  in Congress!

Every member of the Senate and House of Representatives (with phone numbers) is listed in the directory here:  http://www.contactingthecongress.org/

Members of the Senate Agriculture Committee are listed here: http://www.ag.senate.gov/about

Members of the Senate H.E.L.P. Committee are listed here:  http://www.help.senate.gov/about/members